Seek the Compensation You Deserve
Reach Out Today 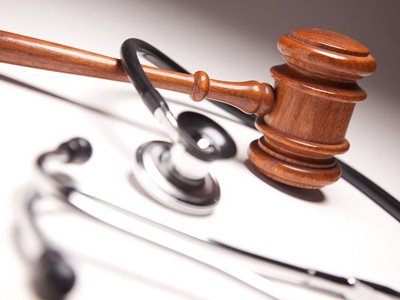 Medical malpractice cases are a type of negligence case, and the elements of proof are generally the same: the defendant was negligent, the defendant’s negligence is a direct result of injury to the plaintiff, and the plaintiff has sustained damages as a direct result of this negligence. Although these elements are pretty general and to the point, the proof in a malpractice case does require the testimony from an expert medical provider in the same field. The reason for this is to prove the negligence of the medical provider, and other experts in question of the damages. Ordinarily, a medical malpractice case should be brought within three years of the date of the accident or injury. There are some exceptions, which can make this time longer, and other exceptions can make the time shorter. The malpractice must be well known or reasonably well known to be able to make a case. Known forms of malpractice include the following:

Combies Hanson represents individuals who have been injured by the negligence of paramedics or emergency medical technicians. First responders provide critical care and have a responsibility to respond quickly and to correctly diagnose and treat symptoms. They also are responsible for keeping an accurate record of said care and accidents. Examples of Paramedic and EMT negligence include failure to respond quickly, failure to bring the proper required tools and equipment to the scene, failure to provide and preserve records, failure to maintain ambulance equipment, failure to use medical device correctly, giving someone the wrong medicine or incorrect dosage, failure to maintain the proper certifications required of an EMT or paramedic, failure to properly staff ambulances, and negligent driving to the hospital.

A birth injury occurs due to a complication in the labor or delivery process. A birth injury can happen because of an obstetrician’s improper use of medical techniques during delivery, or through improper use of a medical device such as forceps or a vacuum. This can result in harm to the baby and can vary from lack of oxygen to severe head injuries. Birth defects are also a result of medical malpractice and can be caused by several different factors. Which includes heredity and environment. A chemical or agent that causes birth defects in a child is called a “teratogen.” It is true though that cause of birth defects can sometimes be unknown and can also be caused by the mother’s actions. These actions include alcohol or drug use. In this case, your rights to a legal recovery for birth injury would not be likely or would be limited.

Numerous hair salons and spas now offer laser hair removal. This usually is targeted towards hair on the chin and upper lip. Light is used to destroy these hairs at the follicles and also ensure that these hairs don’t grow back. Unfortunately, things do go wrong during these procedures. There is the possibility of blistering, painful or irritating sores, second and third-degree burns, loss of blood, shock, infection, and wounds that don’t heal.

If you or someone you love has experienced any of these accidents, please call our qualified team of attorneys who are ready to speak to you. If needed, we will travel to your home. Call Combies Hanson today.

Because the Statute of Limitations applies to these cases, victims have a limited period of time in which to file their case. If you feel you have a personal injury or wrongful death case, it is imperative that you act immediately to protect your rights.

Please call or email us info@combieshanson.com to get your free legal consultation today.

Reach Out To Us Today.